Recently Dr. Dinesh Pubbi was invited to give a talk at Memorial Hospital here in Jacksonville about the effects of Atrial Fibrillation. Atrial Fibrillation is the most common type of arrhythmia. Dr. Pubbi discussed treatment options, including the Watchman implant device procedure that he performs at Memorial Hospital, to reduce the risk of stroke.

What is atrial fibrillation?

2- What are the signs/symptoms? What Do People Feel?

4-Is atrial fibrillation associated with stroke or heart attack risk?

6-Can a person be cured of AFib? Can it go away?

Cardiologist, Dr. Neil Sanghvi discusses Women and Heart Disease at the WJCT studio Lunch & Learn community heart education. The title of his talk was “What does your sex have to do with it? How to keep your heart ticking.”

Dr. Sanghvi discussed the facts, symptoms and treatment of irregular heart rhythms as well as the differences between women and men when it comes to heart care.

Did you know that heart failure is more common in women than men, yet women receive treatment two times less often than men. 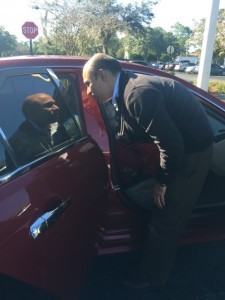 Yesterday one of our patients came to see Dr. Dinesh Pubbi to have her pacemaker checked. Unfortunately the patient was unable to get out of the car and into our building. Dr. Pubbi with the help from several of our staff and one of our Boston Scientific reps – Jamie Kirkley, took our equipment out to the patient in her car. Talk about curb service! Thanks everyone for going the extra mile!

We are pleased to announce the addition of Neil Sanghvi MD, FACC, FHRS 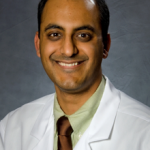 We are pleased to announce that Dr. Neil Sanghvi has joined First Coast Heart & Vascular Center. Dr. Sanghvi has been recognized as a leader in the field of clinical electrophysiology and is honored to carry the distinction of being a Fellow of the Heart Rhythm Society as well as a Fellow of the American College of Cardiology. His current interests include improving techniques in atrial fibrillation ablation, minimally invasive closure of the left atrial appendage for stroke prevention, and management of congestive heart failure with biventricular devices. Dr. Sanghvi actively participates in national clinical research trials and has authored several papers on the topic of arrhythmia management.

“I believe that each patient deserves attention, compassion, respect, and the opportunity to understand their particular ailment. I strive to provide personalized care and take pride in being able to clearly communicate with my patients. My reward is seeing a patient
successfully and safely complete a procedure and witness the often immediate improvement in their quality of life.”

Dr. Sanghvi began his interested with medicine early in high-school. He was accepted and attended the prestigious 7-year medical program at Boston University. From there, he returned to his home state of New Jersey where he completed medical school at Rutgers- New Jersey Medical School. Dr. Sanghvi found that he missed Boston, so he returned to Boston University for his Internal Medicine Residency. He then travelled to Washington,D.C. to participate in the George Washington University Cardiology Fellowship Program. He completed his Electrophysiology training at the prestigious Weill Cornell Medical Center in New York City. Dr. Sanghvi practiced for 5 -years in New York City before arriving to Florida. He was instrumental in expanding the complex ablation program at Lenox Hill Hospital in Manhattan.

We are happy to have Dr. Sanghvi on our team