Is there a connection between AFib and Dementia

Is there a connection between AFib and Dementia?

One of the most comprehensive studies to date has revealed more evidence that people diagnosed with atrial fibrillation (AFib), a type of rapid or irregular heartbeat may be at greater risk for cognitive decline and dementia.

The new study doesn’t conclude if the association is more than a correlation, and there is no evidence showing atrial fibrillation is an actual cause of cognitive decline or dementia.

Dr. Lin Yee Chen, a cardiac electrophysiologist and associate professor at the University of Minnesota Medical School in Minneapolis who led the study stated that “the short answer is we don’t know. It is too early to say that atrial fibrillation directly causes cognitive decline.”

The new findings, published March 7, 2018 in the Journal of the American Heart Association, come from data gathered on 12,500 women and men from North Carolina, Maryland, Minnesota and Mississippi enrolled in the Atherosclerosis Risk in Communities study. Over half the participants were women and about a quarter were African-American.To read more about the study. 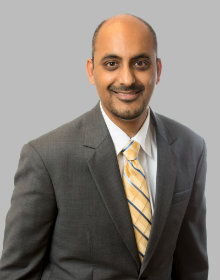 “The ARIC-NCS study highlights another risk associated with atrial fibrillation – the risk of worsening cognitive functioning and potential risk of future dementia.

“Asymptomatic” AF may not truly be asymptomatic since these future consequences of long-standing AF need to be considered.  Talk to your physician about appropriate management including adequate anticoagulation.”

An interesting study was recently published showing that people with the heart rhythm disorder atrial fibrillation (AF) may be at a greater risk of developing dementia, and the quality of their drug treatment may play a role.

Researchers found that patients on the clot-preventing drug warfarin showed a higher dementia risk if their blood levels of the medication were frequently too high or too low.

This turned out to be true not only for people with AF, but also for those using warfarin for other reasons.

To read the entire article.

Dr. Neil Sanghvi commented on this study and article.